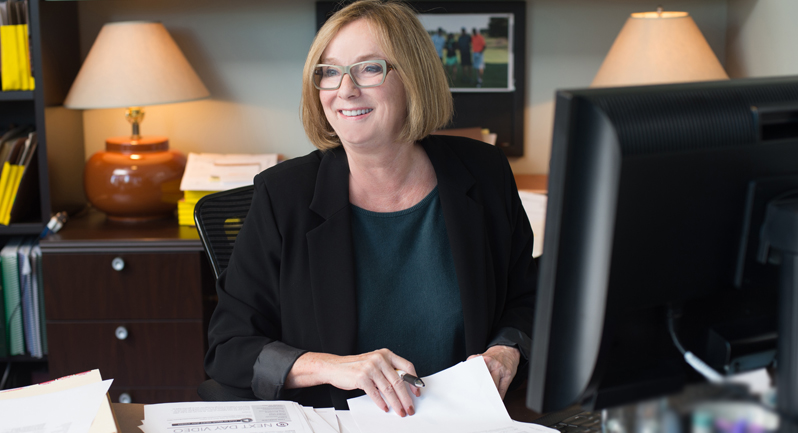 Prior to entering private practice, Karli worked as a Multnomah County Circuit Court Clerk for the Honorable Robert E. Jones.  Following her stint as a judicial clerk, she practiced general litigation before moving to the workers’ compensation arena in 1981.  She has been representing employers and insurers in Oregon workers’ compensation matters ever since.  She carries an “AV” rating (5/5) by Martindale Hubbell.

Karli graduated from Oregon State University in 1974 with a BS in Business Administration.  She received her J.D. from Lewis and Clark Law School in 1977.  In her spare time, Karli enjoys playing golf and spending time with her family and friends.  She also periodically works as an extra on various tv and commercial productions filmed locally in Portland.

Karli can be reached at Karli@olsondicksonlaw.com.